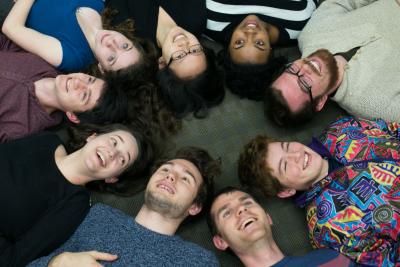 The Yale College Dean’s office in consultation with the directors of undergraduate studies has undertaken a project designed to help students compare majors and navigate their ways through them. they have created a series of “roadmaps” or visual representation indicating how students go through that major as well as a typical course sequence, in some cases. Many majors offer multiple paths, and the maps are designed to facilitate comparison. The roadmaps and typical course sequences are visually uniform so that students may easily compare one major with another at a glance.

The YCDO and DUSes are currently working with Yale’s largest majors, but are adding roadmaps regularly, so please check back for additions.

More detailed descriptions of the requirements for each major can be found under Subjects of Instruction in the Yale College Programs of Study.

Goals for All Yale College Majors

The Yale College Dean’s Office launched the “Majors Project” with, as its top priority, the goal of helping to advise students about their courses of study.  Other goals centered on the faculty, the departments, and Yale’s national accreditation requirements.

It is expected that roughly fifteen majors will conduct self-reviews each year, allowing all majors to undergo review in a four- to five-year cycle, at which point — because major requirements and goals change over time — the self-reviews will begin anew.

The goals for each Yale College major were approved by each undergraduate department and program.

Declaring or Changing a Major

Yale College students can declare or change their major by logging into the Student Information Systems (SIS) web site and clicking on “Academics,” and then on “Declare Major and Grant Access to Grades/Status”.

Yale Career Network (search Yale alumni with your major working at your target organizations) and Students and Alumni of Yale (STAY) (Yale undergraduates, graduate and professional school students and alumni from your major or field of study)

How to Choose a Major?

First-year students are often in a hurry to declare their major, yet as the weeks and months pass, the pressure usually subsides.  Your first year at Yale is your best time to explore both new and favorite topics, especially in those fields of study — geology, linguistics, Vietnamese, etc., etc. —that weren’t offered in your high school.  If you have an idea that you’ll major in a STEM field, it’s a good idea to take at least some of the requirements during your first year; that goes doubly for engineering.  However, if you’re not STEM-bound, you don’t need to begin concentrating on a major in your first year.  In fact, only one-third of Yale seniors end of majoring the the field they indicated as first-year students.

In many respects, sophomore year continues the themes of your first year. It is still a time to explore different subjects as you complete the distributional requirements for the sophomore year and earn the minimum of sixteen course credits required for promotion to junior standing. It is also a time to think seriously about what your major will be.

In some subjects it is actually time to make a choice.  For example, students majoring in STEM must indicate their major during sophomore year (and doing so by the end of the first year is preferred by many STEM departments); majors in most other subjects can wait until the beginning of junior year. You can declare your major on line.

Your choice of major should conform to your intellectual interests and preferences, which become clear only after you have looked into a variety of subjects and have sought faculty advice. The subjects you studied in your first year and the ones you choose in sophomore year should give you a sense of what engages your interest, makes good use of your talents, and satisfies you as an intellectual enterprise.

In order to ensure that your education has shape and coherence, discuss and analyze your academic program as a whole with your college or sophomore adviser.

Choosing a major involves exploring many subjects and submitting them, as well as yourself, to the kind of research that underlies all knowledge—observing, collecting information, interpreting, formulating questions, and evaluating answers.

When to Declare a Major?

In Mathematics, Science or Engineering

Students seeking the B.S. or the B.A. degree with a major in science are expected to declare their majors at the beginning of sophomore year, although a student who has completed the prerequisites may elect a science major later. Sophomores interested in majoring in science should have their schedules approved by the director of undergraduate studies or the adviser designated by the department.

In Fields Other than Mathematics, Science or Engineering

Students seeking the B.A. degree with a major in a field other than a science, mathematics, or engineering typically declare their major by the end of the sophomore year (and at the beginning of the junior year, at the latest). During the sophomore year these students’ schedules are signed by a sophomore adviser, chosen by the student, with whom the program has been discussed.

Majors and Programs that Require an Application, Review, or Audition

Click here . Included are some reasons for delaying your application for admissions to medical school.

Click here for information on the political science major.

There are various sources of information about majors and major requirements.

Who becomes my adviser once i declare a major?

One adviser at a time: Students may only have one official adviser at a time, generally either the college adviser or the director of undergraduate studies (DUS). Once you declare a major, you are then advised the the DUS of the major or the DUS’s designee. Your name is removed from your college adviser’s list of advisees and is added to your DUS’s list.

“I thought I had my major decided when I began sophomore year, but after a few more courses, I changed my mind. I just went back to majoring in one of my other interests, even though I had taken only one course in it.”

“The DUSes are the best resources about majors. Meet with them.”

“Get to know upperclassmen in your major or possible major. They can be an amazing resource.”

“I did not know what my major would be until after spring term started. I took Psychology 110 because I heard it was a good course, and the next thing I knew I found my major—psychology. I was stressed some until then, but for some of us it takes a bit longer to find a major.”

“Sophomore year … should be a time to explore different fields.”

“Find a major and get started on it.”

The Most Popular Yale College Majors

Old rankings, from the Yale Alumni Magazine and the Yale Daily News, show: